FAQ #10: Why do you have so many cards from Malaysia? 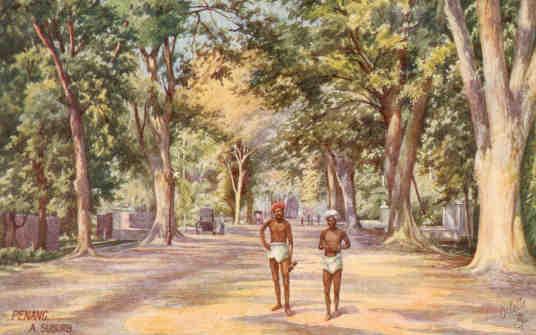 The Blog entry about two months ago asked for suggestions on what we should write. One of those noted the greater number of cards from Malaysia, our connection to it, and so on. Yes, we (there’s that “we” again) lived there for many years, and have waited almost as long to write about it.

The point here is not to do an encyclopedic entry about the country. For that, Google it, or go there. We had the whole range of experiences–some better than others–and can say that in its purest form it is a beautiful tropical country. West Malaysia (Peninsular) and East Malaysia (roughly half of Borneo) are quite different from each other, in every way. The country hosts many ethnicities and cultural differences, more than most countries of its size.

So we had lots of time to accumulate cards from many sources, and it also explains why the great bulk of our Malaysian collection stops as of the mid-1990s. We stopped being there full-time in 1996 and moved away permanently in 2000. Long before there was a Global Postcard Sales, we would stop in shops selling old paper ephemera, including postcards, and if the price was right we would pick up older views, which seem mostly to have been of Penang. Keep in mind that “Malaysia” as a political entity post-dates “Malaya,” which included Singapore, and it’s hard to tell from some cards where the photos were taken, what with elephants walking down the main roads and all.

Flash forward to now. Apart from scenes in Kuala Lumpur, popular postcard topics include the Penang Bridge, Sabah’s Mt. Kinabalu, and what seems like every mosque and temple in the country. Maybe things are getting better on the postcard scene since we left, but from our own experience there are lots and LOTS of quirky topics still uncovered. We will resist the urge to move back there and open a shop.

So there you go. Until next time …