Lighthouses to the right of us … 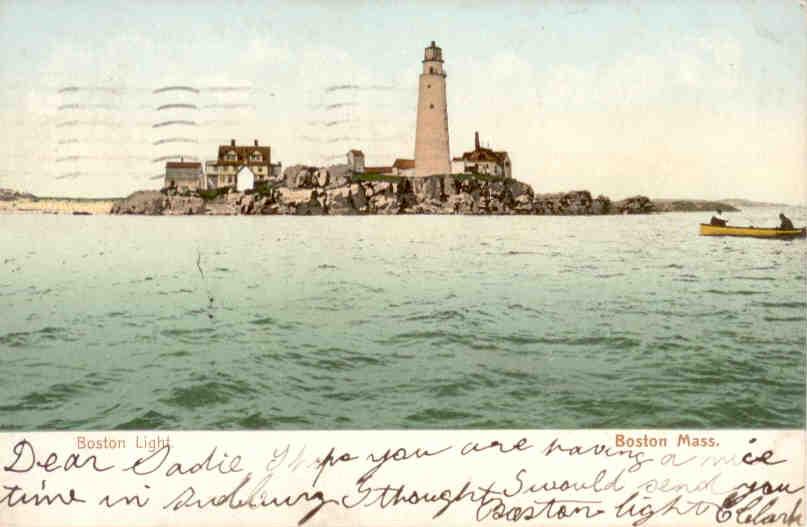 This isn’t just a metaphor.  We fell behind on opening boxes of new stock, and one of them had hundreds of cards of old lighthouses of all shapes and sizes and ages.   Now we have always had a fascination for lighthouses, having a friend who owned one in Scotland, and also climbing to the top of one on a remote Indonesian island not long ago.  (Happily, among the few things to buy in the village back onshore were postcards of that place.)   What we should have known, but never really thought about, was the great range of personalities lighthouses have.

You can go to any search engine and find many websites dedicated to lighthouses:  how many there are, technical specs, what happened to them over the years, can you visit, should you visit, and so on.  The postcards themselves aren’t much help.  There are many reasons for this, we suppose.  Caption writers wanted each lighthouse to be the best at something, or the most special.  Sometimes these writers played around with the facts a bit, but more often the competition stepped up and stole the claim to fame, at least temporarily.  Here’s the shortest summary we can manage, based on what we’ve seen so far:

1.  They were lighthouses when they were built.  What are they now?

Some are still doing what they were built to do.  Others are museums, libraries, or even private homes.  Many are derelict, waiting to be moved, restored, or torn down.  We have no idea how many have been decommissioned.

Nobody knows.  All those websites suggest about 13,700 in the world, and between 1,000 – 1,500 in the USA, but these websites are taking from each other and there’s no clear census.  The postcards we have show lighthouses on ocean shores, piers, small and large lakes, islands, ships, and even in the middle of large cities.

3.  What makes them special?

If you believe the postcards, each one is the tallest, the brightest, the oldest, at the furthest point of, or something like that.  One of the hardest statistics to pin down is height.  Lots of reasons for that.  One website tells us that the last “manned” lighthouse in the USA at least is Boston Light, one of whose cards we chose to illustrate this post.

As much as we like lighthouses, we are looking forward to getting all those cards scanned so we can move on to something equally distinctive, like old cars or birthdays or–even better–countries and territories not represented yet.  Remember, we’re still looking for a source of postcards from Central and South America, to keep Malaysia and Hong Kong happy.  Stay tuned!